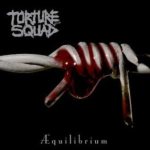 Album rating :  –
Votes :  0
4. 174 (6:53)
Rio, common day, another goddamn day
A delinquent hijacks a bus
What should have been just a mere routine
Turns out to be horror on TV
Negotiations pass the hours
While police surround the scene
With a stupid tactless strategy
Fear inside, there’s no place to hide
One’s nightmare becomes our tragedy

His mother, dead, stabbed in the back
Revenge and grief in his head
Living in the streets sniffing glue and cocaine
Using amphetamines and smoking crack
Terror that comes in the night
Killing all his friends
Once again he’s in hell on earth
Now in the bus victims are crying for God
That gunman needs to be neutralized

Living among thieves, drugs and prostitutes
A son of poverty
A survivor of a terrible crime
The Candelaria’s tragedy

Ladies and gentlemen welcome to our freak show
Look at this crazy man, high and out of control
Hostages under his gun
There’s no place to run
A number you’ll never ignore
174

“This is for real, the demon wants blood
Everyone will fucking die, I’m driven by demons”

I don’t understand, he was given a bad end
Dead in the police car
Killed another victim, they also took a woman
Shot by the same police, it is fucking bizarre
Three bullets killed that teacher
Live on TV for thousands to see
Disasteress police action, thoughtless unplanned
Now a question inside, is justice really blind?