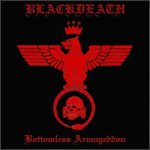 By power and fire you fettered the world
All earth is your foundation
The face of moon is seen from your tops
You are so old, you are so great

"Nor is it to be thought, that man is either the oldest or the last of earth's masters, or that the common bulk of life and substance walks alone. Seven towers were, Seven towers are, and Seven towers shall be!"

lyricks by Abysslooker & Para Bellum
Based on René Guénon's knowledge
The penultimate verse is taken from Necronomicon
("The Dunwich Horror" by H. P. Lovecraft)
and adapted for the text of the hymn
music by Abysslooker