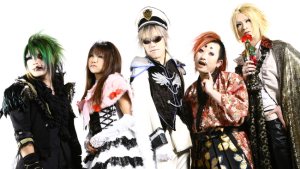 On September 24, 2012 it was announced through Eita's blog that the majority of the band's members had gotten back together under the session name of Pirates Flags playing instrumentals of Jikuu Kaizoku Seven Seas songs. The lineup featured members Eita, Yo, Tatsuya, Aki Dolich XXIII.