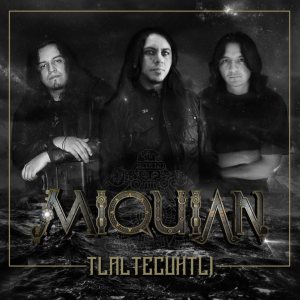 This project play Prehispanic Metal and we can listen all songs with the theme and lyrics of the ancient Aztecs.
Martin Martínez is the mastermind (Xipe Totec, Eclectic Spawn, Yatrogeny, Dew Of Nothing, Consolamentum), he play all instruments.
The album has many passages of Pre-Hispanic instruments, as on this occasion, they have added a "jaguar flute" to the sounds of wind, which is heard as if it were an extra voice; 2 types of rattles, reed flutes, huehuetl, and other drums.