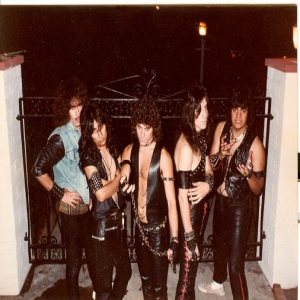 Screams From the Grave

Screams From the Grave Information

The existence of this demo was confirmed by Mike Zaputil from Agent Steel in a 2011 interview, while he explained his relationship to Cyriis prior to Agent Steel.

Also, in a 2010 interview Mark Caro mentioned that this release "...wasn’t a new demo, but yeah, John Cyriis demanded that we put his vocals on the demo and erase Raul’s...". So it features the music from the previous demo, with vocals rerecorded by John Cyriis.

The picture shown here is not, in fact, the album cover, but it shows the lineup featured in this release. ... See More