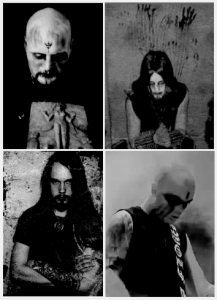 Additional notes
The band name means "bravado" in old Swedish, it can also be translated into "arrogance".

The band went on hiatus several times due to Michayah being constantly in and out of prison. In 2005 it was announced that the band was working on a new album; but in march 2006 Michayah was again sent to prison for assault, robbery and some other charges. He was released in August, but was taken into custody a few days later, and sentenced to serve more time due to additional acts of violence. Michayah has stated that he used to be a member of a criminal gang, but has since given up that lifestyle to focus on his religion and music.