At War With Satan (preview) Lyrics 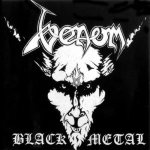 Album rating :  79.7 / 100
Votes :  48
11. At War With Satan (preview) (2:14)
Track rating :  77.5 / 100       Votes :  4       [ Rating detail ]
The dark silouette of the creature
poised, crouched on the corner of a cliffs edge
waits eagerly, eyes glare patiently.
Red eyes filled with fire and torment
gleam in the frenzied brightness
across the shadowed vallies below.
A crack of thunder breaks the deafening silence
which once ruled the planes, the creature is unmoved
by the commotion and the noise, and the blinding fork
of lightening which strikes only a few yards from where
lays it wait for something...
Satan laughs, wings spread to magnificent fullness,
the creature stands at full glory, inhaling deeply
the ice cold air each tender muscle rippling in
the almighty stench of the great dimentional diety...
Lucifer smiles, from the far far west a chariot of fire
emerges travelling at a tremendous speed toward the
creature, the creature laughs as if in an immense
state of frenzy the creature leaps up off the ridge
and hollers with dignity in the now cloudless sky
its long red hair blowing freely in the wind...
The chariot emerges and with a sharp swift movement
the creature takes the reigns and flies up into the
night, howling out immortal cries, a prediction
of war,


At war with Satan!


Warriors gather slowly around
The sacred city, Hell
Satan screams a vengance
On the land as the angels fell
Tyrants pray disaster for the
Land of love and trust
Demons plot a way to turn
The Heavens into dust.