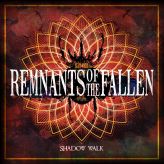 The day they came abroad, an intervention
“Save the spirits, embrace the hearts
of ones who could never take a stand”
A lie so delicate tears my inside out
Was it you who'll be the savior of us all?

Salvation is a product
Its false methods, prevalent in serpent's mouth
Let the guilty feed on the innocent
The fabricated scriptures possess the mass population
When you realize the falsehoods, it's too late

But still you pray, repent and sacrifice
Degrade your own flesh and blood
A world of charlatans and slaves
Keep running around in circles
Worship one who’ll make you bleed

He wears the hide of a beast
The one who abandoned his blood kin,
The merciful and the divine?
Tattered knees and blood strained eyes
Caught in your own suffering
But no one hears your dying scream

But still you pray, repent and sacrifice
Degrade your own flesh and blood
A world of charlatans and slaves
Keep running around in circles
Worship one who’ll make you...

...The blessed marks of sins in the name of my father
And the return of the one turns the tide against us...

And so the sky turned ablaze

As I tread through the temple of ancient guilt,
reflecting the past
Sought not the clarity, guiding enlightenment
Decadence, wrong persistence
Awaiting the hour when fools shall be drowned
Beneath the warm lights lies a colossal failure
The tyranny rise again
Sworn freedom back in our hands

He shall tremble, shake again no more
His presence replaced with burning human will