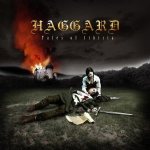 The sun had shown behind the eastern forest, bright and warm in a cloudless sky.

As his eyes closed, he slowly raised his head.

Gently, the morning wind caressed his face and rustled through his long hair

The chatter of the birds had become one with the whispers of the black elders, melding with the rhythmic babbling of the little brook, which wound its way to the distance behind the humble grange.

One thousand seven hundred years ago, during the celebration of the two moons, the enemy forayed over powered the villagers under the cloak of darkness.

Brave men were cut down where they stood in the cold crisp autumn night.

The ones who still had life in their veins escaped in despair, but regathered quickly and formed a resistance.

Many among them, women and children, only armed with axes, torches, and pitchforks.

And it seemed as if all hope was forsaken...