Catch of the Century Lyrics 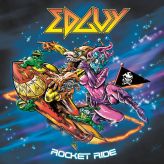 I'm paid for sassing, that's what you say
Don't get the essential point
What it came down to, was you and good nothing
Here's to the wicked and here's to the odd

Your bodies waiting, cause all the world is already spoken for
A host of rivals, I'm out for boogeying and I'll be forever more
You spread all around, sniff while I'm high, I'm on the road again
I'm going down with flying colors, before I go down on someone else