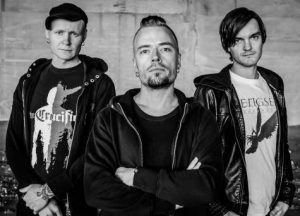 Additional notes
Extol was originally formed in 1993 when brothers Peter (vocals) and Christer (guitar, backing vocals) Espevoll teamed up with David Husvik (drums) and Ole Borud (guitars). In January 1996, they recorded three songs for a Norwegian metal compilation called Northern Lights featuring many other aspiring Norwegian acts and it subsequently drew lots of awareness to the band.

Extol featured on "In the Shadow of Death"
Released 2000 by Endtime Productions and on ''This Is Solid State, Vol. 1'' by Solid State Records.

The band works directly with the "New Life Mission Aid", an organization that cares for orphaned children in Kenya, Africa.