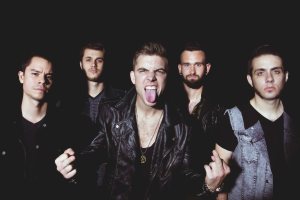 Additional notes
Louie Ruvalcaba and Ricky Reyes wrote the lyrics for "Hester Prynne" and "In Dying Days". They were both vocalists at the same time when the band started. Ruvalcaba screamed while Reyes growled.

The band's split was initially announced on the 12th of August, 2014 by drummer Hector De Santiago. On the 14th of August, 2014, however, it was announced that they would still release their album Ground Zero and also will hold one final tour to support the album before the band officially ends.
Contributors to this artist