Whose to Blame Lyrics 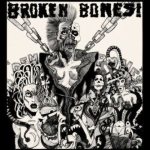 Album rating :  75 / 100
Votes :  1
2. Whose to Blame (1:52)
Another kid dies in police detention
His family cries and pleads for attention
Complain to their MP but nothing's done
This could never happen to their son
Barry Prosser and James Kelly
Just dead faces on the telly
No-one did it, it wasn't murder
Unlawful killing was the verdict
They'll hold a hearing and an inquest
In the name of justice, they'll do their best
Protect their own and fuck the rest [x2]
At their meetings, they'll make excuses
Why people died with all those bruises
With Broken Bones and damaged brains
Someone killed them so who's to blame?