Out of the Ruins Lyrics 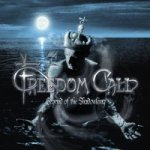 They've opened a door
And whispered the spell that was written in stone
They've broken the seal
They word wasn't spoken, since 2.000 years

All heroes lost, the kingdom's gone
I feel the end, it must be done
Courageous I'm standing tall