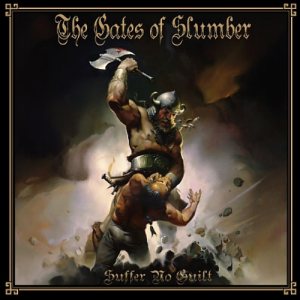 "The Woe of Kings" samples the film Conan the Barbarian (1982), directed by John Milius.

Limited to 350 copies with an additional 150 copies released as a part of the "Chronicles of True Doom" boxed set together with the "The Awakening" 2LP reissue.

Tracks 11 & 12 taken from the Sabbath Witch demo and 13 is previously unreleased. ... See More

The Gates of Slumber Discography