So You Won't Have to Die Lyrics 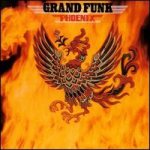 He said overpopulation is the problem of today.
There's too many children on the Earth, and more on the way.
If you don't start some birth control, then you won't last too much longer.
It's best that we let it save our souls, so we can get much stronger.
Get much stronger.

Ahhh
I'm afraid of overpopulation.
I don't want to die of suffocation.
The world is full of pollution.
And Jesus is the solution.

He said we're gettin' near the end, and I'm as close as you are.
If you take Jesus as a friend, you're gonna' be a big star.
Star that shiness in the sky above, a light you cannot sever.
You will be with him above, and you will shine forever.
Shine forever.

Ahhh
He trys to be with me.
He's tryin to set me free.
He wants to be with you.
So you won't have to die.