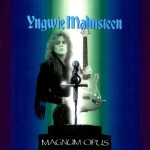 In his world there's so much to fear
And all the pain that he's made to bare
One desire, that's his will to live

Not destroy, but to give

He's been lost for so many years
By his choice, he has disappeared
From a world that is closing in
As the end of this race begins

All he wants is to be left free
No other land does he want to see
In his heart he knows it won't be long
He won't give up, he must stay strong

As he tries to hide, from the madness
There's no hope in hell, for tomorrow won't live on

What is gone, may never have been
Another world, now he's fallen in
All his dreams, how they've disappeared
Now he lives, all he feared

He only wanted to be left free
This other land that he's forced to see
In his mind, his will always be
A place that he'll never leave

As he tries to hide, from the madness
There's no hope in hell, it's gone
Tomorrow won't live on ...