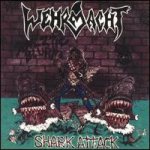 It's just a game taht all people play
To be better than you, that's what they'll say
I don't really casre, you're as equal as me,
No one is better, I wish they could see
We are all the stuck here on this merry-go-round
This hell-hole called life, worst pit I have found
Learn that you're equal, the same as rest,
you're not so great, stop thinking you're the best!