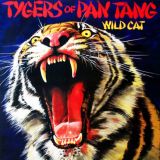 Don't want those kids in this place
What they have done is a disgrace
Too much evil in their eyes
Shoot first, then ask why