Destruction of the Demented World Lyrics 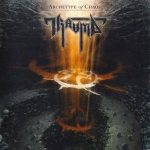 Album rating :  –
Votes :  0
9. Destruction of the Demented World (7:24)
Our world fall in blood and fear
Ruined are the civilizations of thousand years
After them came another cradles of holocaust
In them was the faith. but genocide
Of ravenous herds cut off the umbilical cord of hope

The world is demented, this world is devastated
In it the bugs are
Millions of minds
And cause insane devastation

Fight! let your mind defeat the gangrene
Let your muscles explode with the power of cosmic rights

I bless those who think!