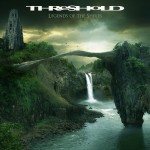 They’re spreading the word on the news today
You can watch the haze on the screen
Should we do what they do or do what they say?
‘Cos a river runs in between

Well, you answered the call on the telephone
And you followed the map they sent
And they took every one of your dollar bills
Like the lies that came and went
And they told you to stop reaching for the top
So you tumbled and fell to earth
No escape from the hands of those invisible bands
No return to what you’re worth

And they told you of rings and incredible things
And they told you that pigs could fly
But they don’t want their meat growing feelings or feet
So instead they just say goodbye
And the end, my friend’s, an impossible bend
That nobody knows how to steer
Well, you can get incensed, you can get revenge
But you gotta get out of here

They’re closing the door of the farm today

Legends of the Shires - Lyrics