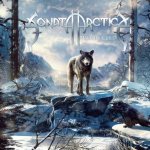 To get here took its time, I forgot to make a life
Between the scripted ones I knew
When admiration grew I was only loved by few
My true love and passion - everyone knew

Hamlet in Lapland, King Lear died in Vienna
Venice and Othello, Madrid I am Henry the 8th
I am, I am

We all shall one day become what we play
The marvelous, magical, bewildering array
Of trees and stones as we work our way up
To become these icons of lust and what not

"We live in the sin of self-indulgent... larger than life
Yeah, that's what I am!
I am a goddamn Peter Pan, maaaaaaan!
But the one palace I won't grow up in
staged a broken leg deep in my grave"

When life becomes a play and I don't know the role
I'm cast it's all wrong out I cannot escape before the
Curtain call.
One last time build myself a wall to cry on,
To hide in plain view
I will fall deeper into the role written
In a drunken haze, it seems, by the Shakespeare in me

The mirror now cries, ageless mask fades to true life
To taste the immortal grace I lived the role I played
Alone in a golden cage

Life is what we make of it sometimes, sometimes,
Sometimes we just want to play

I climb down from the stage
Remove the young man's face
And underneath reveal a sage
"Young man, you play my role
Breath life into that soul
Prepare to live a thousand lives"

Now when you think it's all over, you find love
A flower starts to bloom, a chapter starts anew
The greatest moment in life

Mirror still lies, time's a cruel, silent landslide
It builds you up within, destroys the shell you're in
And everything will fall into place

It's all wrong, but I (you) cannot
Escape before the curtain call
One last time, build yourself a wall to cry on,
For anybody to see
You will fall deeper into the role you wrote in a drunken
Haze, it seems, with the Shakespeare within

Stage, film and television, twenty four seven on the...