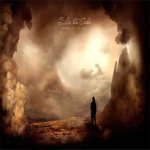 Album rating :  87.5 / 100
Votes :  2
5. Stone and Silver Part III - The Man of Papyrus Limbs (5:44)
Though the question remains present…
Cast in the cold light of day, what is “home” but a place to lay one’s head?
Does the Pilgrim’s Way see bliss in a stagnant glimpse
or is there something to be said for the comfort of the nest?
Because it doesn’t seem so clear to me anymore…

All that is, is all there was and all that shall become;
the language of matter writ large.
All that’s written, all that’s heard;
all that’s spoken, all that’s word;
is known thus inherently through all as papyrus.

And so it was told, and so I told myself;
and in that instant I knew.
As above, so below.

All that is, is all there was and all that shall become;
the language of being writ large.
Semantic keys buried ‘neath the mechanistic fragments
of the workings of the One Thing made manifest.

So in flesh is all.
In all we see ourselves
reflected in the hall of sacred mirrors.

It’s all over, my dear.
I only wish that I could stay, but really, there’s no other way that this could be.

It’s naught but stone and silver.