Medicine to the Dead" Lyrics 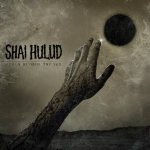 These lands are far from silent.
Resounding with the tumult of the dead:
No words awash with depth or concepts wiser than unwise.
All notions of sanity are laid to rest within walking drones.
The living lifeless, straw men set to burn.

No cures..
No means to inject sense into the senseless.
No Hope
Medicine to the dead.

And forward without foresight, further down a destructive path,
Step to a future in flame.
The exchange of thought and communication for heedless instinct will leave us charred, not merely shamed.
Left in a woe fused with wrath.

None who believe to be well will ever be healed.
Nor the sick who dare to speak outside the realm of reason.
A hospice in vain dispensing medicine to the dead,
Our kingdom is lost.

Crack open the stiffened mouths of the skulls.
Delight in the breaks.
Overdose the dead with proven remedies,
And we remain no less hopeless.

We live among the fiercely ignorant and irrational.
There is reason to fear.

Among the fiercely ignorant there is always reason to fear.

The blind and sick and mad believe they are sane.

My kingdom for a conversation.

Our kingdom is lost.

Reach Beyond the Sun - Lyrics