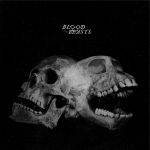 Album rating :  –
Votes :  0
1. Like Animals (1:21)
The stench of control hits the nose
like the steam rising from the folds
of skin on the killing floor
Like two legs parted by the knee
one hand holds two wrists and one stifles
the scream of the prey
Like the acrid rust of shackles
ahead of us again instead of behind

It's like all of these that you're owned
Held down, weighed out
Tender flesh exposed
to the bone

Perfect remorseless restraining device
refurbished for one purpose
Ownership of the depersonalized
until it's us, we act surprised and civilized
But my brother, he's still hanging from a rope
my sister's got a hand around her throat
and the killing line runs a thousand at a time
every hour of every day. But then you say
you're afraid I might "believe in violence"?

You best believe I live to see
dead souls released
All cages broke
all bosses choked
on the blood of the beasts.
Music Video

Blood of the Beasts - Lyrics