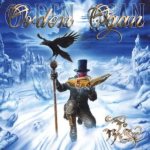 Now Voices – wishes
Promises still echo in my head, grey memories of the dead
I cry for all that hopes and dreams that vanished in the flames
And there’ll be nothing left after the rain

Ruins, ashes, dust and snow in a world that had to fall
Is everything we will recall
I cried for all the hopes and dreams that vanished in the flames
And there was nothing left after the rain

To the End - Lyrics