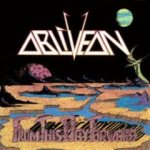 Somebody stole all of his emotions
There are no laughs, no tears, no sleep
Fading and fading, he never asks questions
The needle has gone too deep

Prey of mad science, lobotomized
Transformed into a zombie, inhumanized

He does remember the sorrow, the joy
But doesn't feel them anymore
Because the anger of being a toy
For sure would be filling his core

From This Day Forward - Lyrics