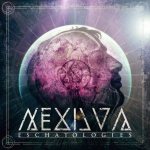 He is the morning star, purging the darkness from our world.
We are descended from this being to live our lives of ignorance
and stand so simple to convince.

Our progenitor, he will return.

He seeks vengeance against the cowardly catholicism of man, he will destroy them all.
They will scream forever in confusion for condemning him as the one they know as satan.

They were lies from the mouth of a madman, possessed angelic beings to betray him into exile.
and though he stood in frozen cocytus, he plotted his powerful return.
For Venus aligns with the earth, he shall rise from hell and they will beg for redemption.
But first he shall display a cruel act of power to put them in line and the innocent shall walk free.

I know that christianity will label us liars. but this is a message for humanity: a holy book could be all lies.

Obey their every word.

Our progenitor, he will return.