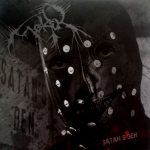 Album rating :  –
Votes :  0
9. Crimes, Trial & Conviction (3:17)
David Parker Ray was a suspected American serial killer and known torturer of women
though no bodies were found, he was accused by his accomplices of killing several people
and suspected by police to have murdered as many as sixty people in the town of truth or consequences, New Mexico
he is occasionally known as the "toy box killer"

crimes:
David Parker Ray killed and raped his victims in a homemade torture chamber he called his toy box
the box was equipped with terrorizing tools what he reffered to as his friends:
whips, chains, pulleys, leg spreader bars, clamps, straps, surgical blades and saws
inside the torture room, along with numerous sex toys, detailed diagrams showing methods for inflicting pain,
Ray was thought to be the center of a web of sex slavery and murder, the torture devices and s&m paraphernalia

trial and conviction:
on march 22, 1999 Cindy Vigil escaped after being tortured.
Vigil ran away naked, wearing a slave collar and iron padlocked chains
after Vigil's escape Ray was apprehended by the police
Ray's sentence: 224 years imprisonment after being convicted of numerous offenses
involving the abduction and sexual torture of three young women.
On march 28, 2002 he is transferred to Lea County correctional facility in Hobbs, New Mexico to serve his sentence
while his paperwork is processed David Parker Ray is taken to a holding cell
and he slums over dead of a massive heart attack
he dies without having offically served one day of his sentence
David Parker Ray may be dead but for many he is far from gone