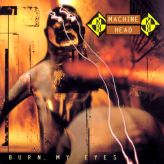 [Pre-chorus:]
Introspection, termination
Can't tell right from wrong
Fed up with this whole system
It's gone on far too long

What is a man don't stay true to the game
Don't care for no one, only cares for his greed
He's playin' God killin' thousands of people
'Cause the power is the fix that he needs
Racist goal of the white devil
I watched our souls burnin' over oil
A politician got no feelin'
It makes my motherfuckin' cold blood boil