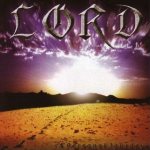 But he was shunned
Betrayed by the ones he once called his own
As once they did he
They promised him love, they offered their gold
Then turned him away...

In the cold - They turned him away
Far from home - He's travelling far from home...

Where once was seen as a curse
His difference was praised, a gift loved by all
Small minds in his own homeland
Hypocrisy burns
Forever he's turning his back on them...

And the story goes on, it's not just a tale
It's happening now
So open your eyes and open your hearts
And embrace what is yours...