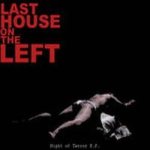 THE DEAD WALK
Dead humans alive
Broken casket remains
Lay in hollow graves
The dead are arising and seek human victims for no exact purpose but to eat their flesh. They are not dead but walking around human corpses in a trance form

THEY WONT STAY DEAD
Human bodies
Return to life
As undead ghouls
Returning from the dead with and instinct to kill, eating the opposition not their own
They only feed on human skin for the purpose only to extinguish life

THE DEAD HAVE THEIR DAY
Majority dead
Minority alive
The living, dead end
Hopelessly lost until we can control the dead a need to survive in the last light hours. A end of a world. The dead reign in the darkest day of horror.