Running Out of Earthly Wealth Lyrics 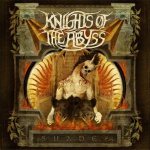 Album rating :  70 / 100
Votes :  1
5. Running Out of Earthly Wealth (3:12)
Face to face with the wolf of a demon he hordes his money in gold
Guarding the circle which houses the sinners of which wealthy sins be told
Plutus, allow me to pass into the great torture track
Silence the demon with one earthy word he sprints off to his pack
Avaricious and hoarded these are the corrupt made up of most clergymen
Those manipulate their power status without regard to their kin
Hoarded and squandered in the eyes of the judgement
These two sins do not hold their own
Eternally jousting for position on their rest will never be known
Their mortal riches never be known, their eternity looking so bleak
For once their weight has reached the other they must turn the opposite way
Insurmountable tasks ordered by demons who scream and shriek
Distorted bodies lie at their feet of souls proving far too weak