The First Matter (Saturn In The Guise Of Sadness) Lyrics 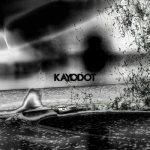 Album rating :  90 / 100
Votes :  2
6. The First Matter (Saturn In The Guise Of Sadness) (9:29)
A ghoul amongst the graves
The poet bore his song into the forest
And there was no moon, the moon was new
A silver coin snatched from its purse by thieves
Drank deeply of the night, down the path and through the trees
He trembled as he strove to find
The secret ancient grove mankind
Was all too busy to desecrate
Where he wrote and wept and pretended to be
The only entity left in his beautiful world
He bore his prize before him, his passion and his effort
The seed was dressed in the poet’s cloak
Occult…
Concealed…
An infant spirited away by its wary watchful mother

Into the chapel where he worshipped tree and cone
And leaf and stone
The swaying evergreens caressed him
Stroked his cheek, the fireflies blessed him
He used a sexton’s shovel and spade
To dig a bed for the cowled thing
The thing that made the town afraid
That no one caused and no one made

The nightingale poured out its dirge
To accompany the funeral
The grave is dug, the seed is sown
The stars snuffed out, one by one
And as the morning crept ashore
A mound of earth on the forest floor
Where there was only moss the night before