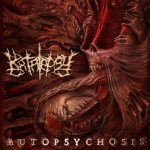 People always prepare for the Future.
But the Future does not wait for them.
It does not suspect about their existence at all.
And where people will not survive -
Gods has nothing to do.

The Man will taken and taken away,
considering that all of it is his own by right.
While the Earth will not answer:
I do not exist any more
and there is nothing for me to give you more.

Confidence in our perfection emerged from coitus of myths
and legends, which had been imaginary themselves.
We are nailed to our belief in own omnipotence.
We should be asking about insight
and remembrance to Stars.
But we have found hidden keys from Abyss
and we opened the Gates.
The doors that guide into darkness
can become Gates into Nightmare.
And now Oblivion is waiting in the dark to bless us.
Open the Gates!!!

And in a next moment,
awakening without the Mankind World
will continue its infinite way in dense Space,
it will disregard and indifferent forgotten
about thousands years of empires, progress and bloodlines.

When we'll die, nobody remains except Death.
But its days will be counted also.