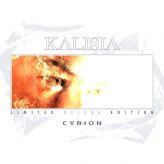 Somewhere, in a mysterious place
Far, far away from planet Earth

Here, where the suns never set
Like they once learned themselves

3 years have passed, and Arken's students have returned to Earth.
Gaining from this new cognition, Cybion greatly matured.
An extremely powerful quantum computer was finally conceived leading more and more people into the mazes of Cyberspace.

[Cyberjunkie & Realitionists:]
"I live waiting for connection
Out of this world, back to a brighter one"
- "Reject this path"
"This is too late for me"
- "Don't waste your life"
"I've lost all notions of reality
I'm here, lost in the cyberspace"

[Keiji:]
"Nanobots running through my veins
I knew that Nature would yield
After all these years I have prevailed
I made it

No more pain, this reality's at hand
No more death by starvation
Nor cells degeneration"

Assessing the hazards of this breakthrough, such a revolution
The council decisively has
Demanded secrecy
Prompting the silence.

Very few were the ones to benefit from this medication.
All the Arken's students have gained their transmutation.

Hide
They had to find a new home
Secret, society, concealed from all
They are the Circle of Immortals

But the secret could not be kept any longer.
People's reactions were beyond all expectations.

For their protection
They had to hide from the world
Slowly, strangers, to their own kind
Soon crucified