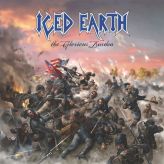 interlude: the red battle flyer, red ride fire, he sees no faces, the ace of aces.

Verse 2: His british quarry through reckless flight, was shot to the ground took the red barons life, he flew with honor, he flew with pride, in 1918 the battle flyer died.