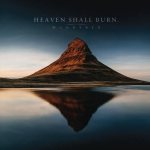 No reason to see, in cataclysmic silence they still teach
In the name of progression, admitting of no option
Technology evangelists misled
An evocation of relentless distress

Now fallen from the heights of your victory
Still undiscerning, on and on into misery

In the name of progression, in silence they still teach
They bought this fatal regression
On and on into misery