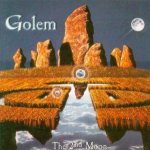 From beyond the galaxy, subtle observation

On the search for their true selves
They got insight, misunderstood and feared

From beyond the galaxy, unseen control

For the long banished race, they are the new contact
To the old empire, unconsciously but sensing

Under strict concealment, they make plans
To leave their prison, heading for the stars