We Respect You Lyrics 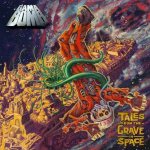 Album rating :  81.4 / 100
Votes :  5
7. We Respect You (2:28)
Sitting in the house, watching High Spirits
Steve Guttenberg preparing to rock
Sitting on the bus, listening to the Terminator soundtrack
Tahnee Cain, solid as fuck
Here's looking at you, Michael Biehn
When we go drinking, we shout about you
Outlining your career, pumping my fist
Aliens is amazing, it's true
Ronnie Cox is locked on target
High-pants women are dancing for him
Shooting his cool gun across the years
His powers surely will never dim
Respecting Chrises Lee Lloyd and Walken
And JCVD? Yeah, now we're talkin'
Peter Falk can walk the walk, he talks it like it is
Bruno Mattei can make our day with his amazing films
Titanic skills and shocking styles
You're guilty of being cool
Razor licks inspired by heroes
We respect you
A pint with dick donner, kebab with J Fox
John carpenter was smashing up the drums
We were shouting about John Hughes in the kitchen at some guy's house
If you don't like Kurt Russell you're scum
Bill Paxton wasn't in Inner Space, but by Christ we wish he was
Gary Busey was in Bullet Proof, dare bring him up and we'll cause an awful fuss