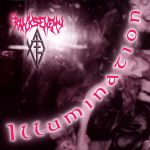 Album rating :  –
Votes :  0
1. Frankskanemy!/Codebasher (3:30)
Two thousand years of oppression
Is the view that's held today
He's the cause of all wars
He's the author of all pain
No one will hear him out
He's the last minority
No one has a problem with Jesus Christ
Only those who invoke His name