Baptized by the Blood of Angels Lyrics 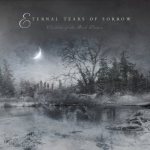 Rise, my children of hatred,
Feel the aura of the embracing night,
You're the ones who have been foreseen,
Feeding the flames on the pyre of the reborn one

The skies of crimson are now crying,
For the dawn that never will break again,
Yielded looks in eyes of the angels,
While falling down... Pounding the soil of the unholy

Crowned by the wreath of the demons,
Ordained by the profane rites,
Veil once so white is now burning,
In the fire of the sinful one

Baptized by the blood of angels,
Gained the heart of the darkest kind,
In his veins flows the soul of ravens
For the end... For the dusk of humankind

Children of the Dark Waters - Lyrics