Windows of the World Lyrics 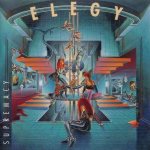 Album rating :  84 / 100
Votes :  1
1. Windows of the World (5:10)
I lay alone, wrapped in chains and lost in visions
Searching for reasons why I feel the pain of the world
To my dismay the visions increased, the rage grew stronger
I'm burning the food of the ones who are skin to the bone

Who are you, projecting my crimes and dealing in pain
I need to go...

In vision two, a bloodred sky, well known intentions
I'm carving a name in the bullet, it gives me the eye
He's so alone, desperate he walks the streets of ashes,
removing the bricks from the ruins as he screamed for his girl

Where are you, projecting the grief,
a world gone insane
I need to go...

Under in body and soul,
take me under in a sea of love
Hiding behind the windows of the world

Under under your wings,
take me under and fly me away
Thunder, out the windows of the world

She's daddies girl, he loves her so, he'd like to touch her
Showes her the nature of men, it's the way of the world
A winters night, the writing stopped, the words are written
'Show me the freedom' she cries as she picks up the gun

Who are you, projecting the grief, a world gone insane
I need to go...