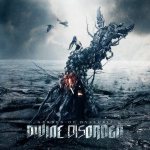 Understanding this massive quantity
Layers of antagonism, anxiety and avidity
Filling the holes of the undeveloped majority
Forming them and reshaping them edges of humanity
Dividing polarized mortality
Reciting the supreme rationality

When the fields of conciliation turns into decimation
And the smell of death surrounding this devastation
Tools of a murderer and solid state of conviction
Sickness, pestilence and all forms of automated autopsy

With chains and bones, their Eden is yet another land
They vanished out of the map
With torches and forks, leaving the outlines of the black box
Filling it with another fraud so called formula

A revolution of million resonances
Swarming into the board of vanity
A transcendence of breaking another nexus
Abide to the act of the grid
An emanation of innumerable mythologies
Falling into sea of sanity
Accept the consequence of stalemate
The thesis of an origin, smiling to her last survived descendant