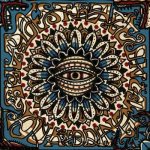 Album rating :  91.7 / 100
Votes :  6
4. Host, Rifles & Coke (3:42)
They spread ignorance then they saw fear. They feed your anger, but they let you pay the bill.
The last ring of the food chain offers his body to the top. They had this all figured out and now you believe that’s what you want.

You really think this is your revolution? Should we believe it's for good?
This time I won't fight, if you don't mind. I just can't find a good reason to die for you.

If you had asked my friends what they wanted to be when they grew up? They'd have said "an artists or actor, inventor or doctor magician, explorer on those sailing crafts". Now two are priests, ten became soldiers, one is a parliament fuck. While all others pack files in folders to buy them hosts, rifles and coke.

You really think this is your revolution? Should we believe its' for good?
You think it's a job. That’s why you're joining the force. You loose everything rolling in the theme park of the right wing.

Every day the Italian army costs 90 millions euros. By distributing that money to the population, every citizen could have 500 euros a month and that would be the less reasonable option. Try to imagine what we could do by investing that money in culture, research, innovation? Building a better, healthier, more civil life to foster a rising spiral, towards a sustainable evolution.

This time I won't fight, if you don't mind. I just can't find a good reason to die for you.

Are You Kidding Me? No. - Lyrics