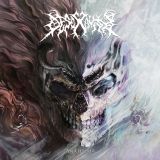 Album rating :  –
Votes :  0
6. Secret Disloyalty (3:44)
Even the mightiest and the proudest of the knight
Can't overcome the temptation of god
And so it begins, the collapse of a man
Loyalty to the king vanishes
Poisoned heart man goes insane
He has the nemesis in himself and lies in oblivion