Slaughter in the Name of God (Theory in Practice) Lyrics 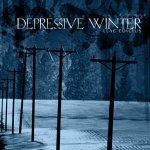 Album rating :  60 / 100
Votes :  1
6. Slaughter in the Name of God (Theory in Practice) (5:49)
since the night of times
religion is in the heart of all conflicts
generating violence, terrorism and fanaticism
and killing out unbelievers
for a non-existent icon

but all these "sheeps" will end up awaking

24 august 1572 when the chimes
of the church sounded the alarm bell
these men with white crosses on their pourpoint
massacred, cut the throat of, violated
for the pleasure of Medicis

my statements will be the plague
and your weapons will be mine
violence, terrorism and fanaticism