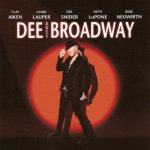 When that shark bites with his teeth, dear
Scarlet billows, they begin to spread
Fancy white gloves though has Macheath, dear
So there's rarely, never one trace of red

On the sidewalk, one Sunday mornin'
Lies a body oozin' life
Someone's sneaking 'round the corner
Could that someone, perhaps, perchance, be Mack the Knife?

From a tugboat on the river goin' slow
A cement bag, it is dropping down
Yeah, the cement is just for the weight, dear
You can make a large bet Macheath is back in town

My man Louie Miller, he split the scene, babe
After drawin' out all the bread from his stash
Now Macheath spends just like a pimp, babe
Do you suppose that our boy, he did something rash?

Ah, old Satchmo, Louis Armstrong, Bobby Darrin
They did this song nice, Lady Ella too
They all sang it, with so much feeling
That Old Blue Eyes, he ain't gonna add nothing new

But with Quincy's big band, right behind me
Swinging hard, Jack, I know I can't lose
When I tell you, all about Mack the Knife babe
It's an offer, you can never refuse

We got George Benson, we got Newman & Foster
We got the Brecker Brothers, and Hampton's bringing up the rear
All these bad cats, and more, are in the band now
They make the greatest sounds, you ever gonna hear