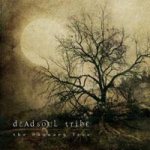 Album rating :  83 / 100
Votes :  2
9. Just Like a Timepiece (7:20)
The ghosts of my own song have names themselves no one
Run through the flowers they say
The hands of the dream wind that blows from beneath them
Circle the hours away

They offer a ride in their submarine dragonfly
Brought me inside to a chair in her head
The blind jester pilot, he smiles and he says that she knows where to go
As he lies down instead

The pantomime symphony slowly pretends to me
Stopped for directions out of my dream
Then one broke his silence, and pointed to me and said
Just like a timepiece, keep circling, circling

Far and away, the icy Sun is on the rise
On the run
They're choking on the smoking gun
The swans have died
Tomorrow's finally come
Fly ...

Then came time in which i began wondering
The distance behind us inside of this dream
The blind jester pilot, he woke and he said to me
Just like the world, we keep circling, circling on