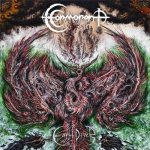 Album rating :  81.7 / 100
Votes :  3
4. Waking Sleep (9:11)
In the woods of Belarus, veiled in snow, the edifice awaits
Horded close inside are the five, their every movement watched by delegates
One by one they're led inside, vacancy becomes their truth to tend
A voice from the ether, "The procedure is initiated."
They open the vents

The vapor settles in the temperate air
The five waiting, holding their knees, scanning the room
Finding nothing but rations, provisions that they promised
Years of transgressions
As they sit and wait, the memories give way to unnerving truth
A simple trade of freedom, avowal to stay awake

Program devised by men who couldn't know
Deep in Belarus, under bureaucratic pall

Wake to the seventh day, a sudden end to their colloquy
Calm in the chamber now, an arithmetic anomaly
Faintly whispers start, the paranoia becoming clear
Joined in breathless tones, the five conspire
An incoherent choir

The ninth begins like all the rest
Take vital signs, conduct the tests
The screaming starts, no forewarning
Their agony is given speech

The wailing lasts until sundown, a sudden end gives them pause
A silence coating the chamber, the dread of something gone wrong
And now the voice from the ether announces imminent breach
And from the first they encounter, "We don't want to be freed."

The five are lost, eyes to the paneled sky
Their battered mouths speak in concert
"We transcend death.
We must remain awake.
We are the madness within you."